Private VLAN is currently in beta on the new Maxihost Experience. The feature will be rolling out gradually to all customers in the coming months.

Maxihost servers are configured with a public and a private interface with a Layer 3 network topology by default. You can use the Private VLAN feature to change selected servers to a Layer 2 topology.

Private VLANs allow you to group servers in the same project within the same data center, enabling private communication between them. This is useful in a number of instances where you don't want or need traffic from specific servers going through the internet.

For example, if you have a server running a database that needs to communicate with a web app on a different server, you could have the database server connect privately to the web app server, increasing security and reliability. Another common use case is if you are managing services like DHCP.

Private VLAN packets do not go through the network layer and traffic is not filtered in any way. Maxihost does not charge for traffic on Private VLANs, either inbound or outbound. 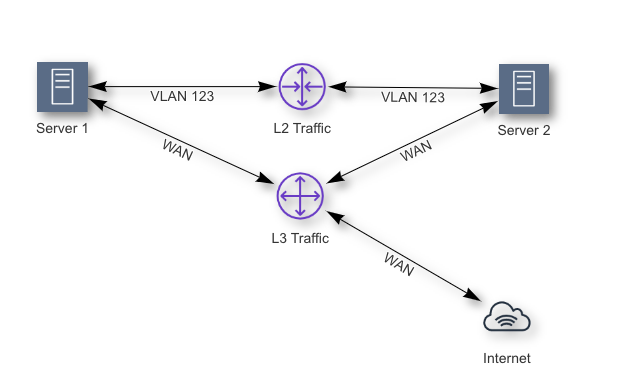 The provisioning of the network on our switches is handled automatically after you assign your first server to a VLAN. Seen that Maxihost has no access to your servers, an additional step is required and you need to configure the VLAN on your Operating System.

See below on how to set up a Private VLAN for your Operating System.

Set up a Private VLAN

After creating and assigning your server to a Private VLAN, you need to set it up so it can actually send traffic through it. This is an additional step you need to make based on the Operating System you are using.

This will show you how to set up multiple VLANs on a single network interface when using Windows Server 2012 or later.

If you want multiple VLANs in the same interface, make sure that the property VLAN ID is set to 0 - otherwise, it will not work. 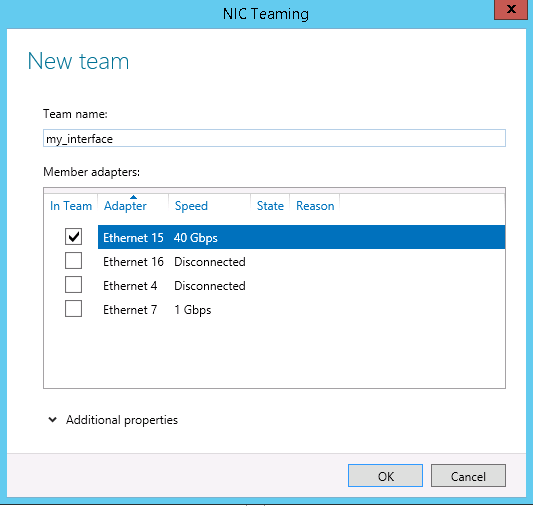 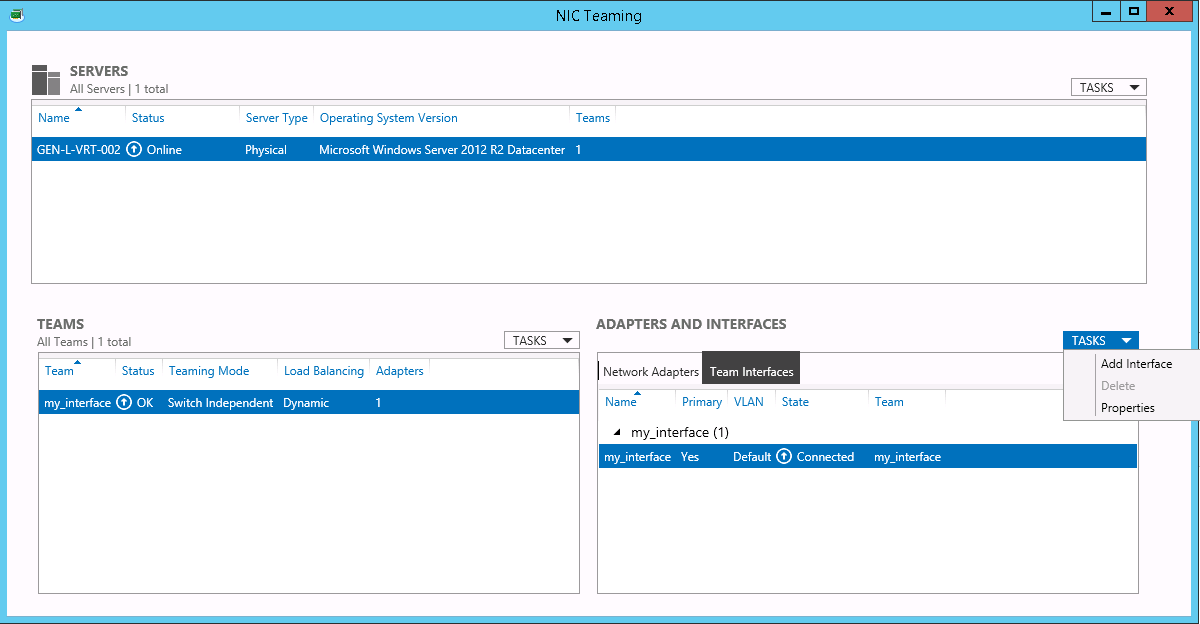 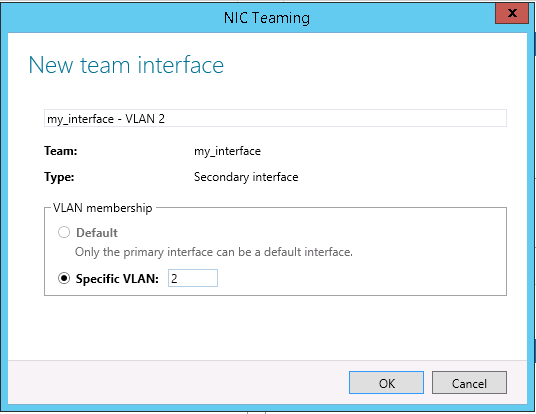 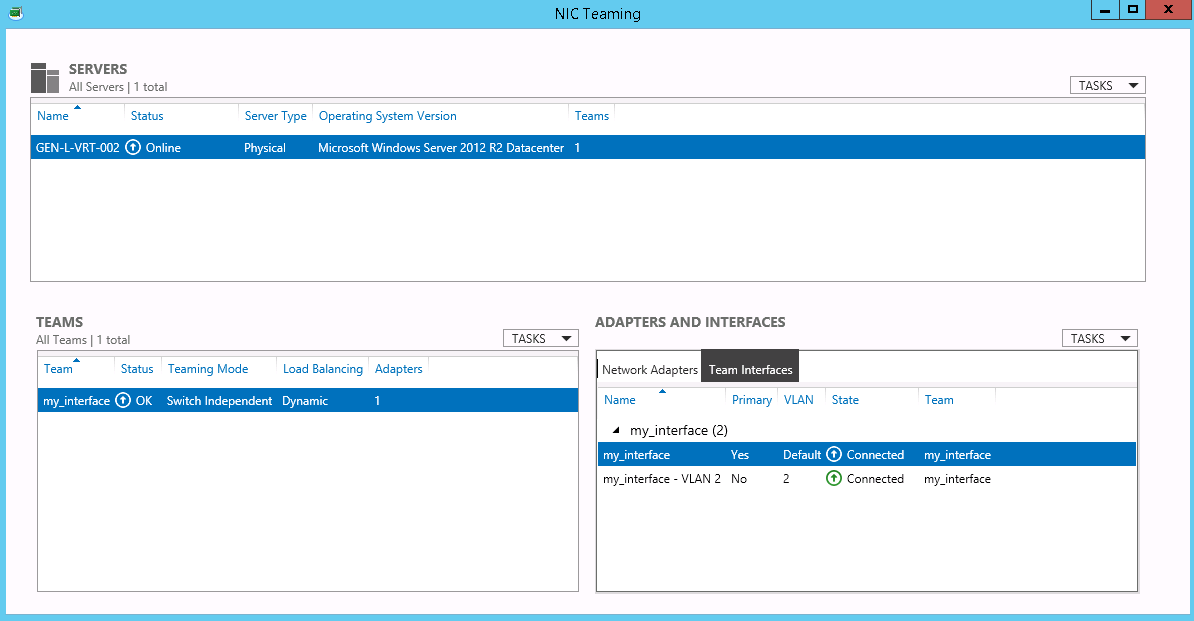 You can configure any IP address in your private VLAN (e.g.: 10.10.10.1/24) and you don't need to configure a Gateway in the private interfaces. Gateway information is only mandatory for ' Public' Interfaces. 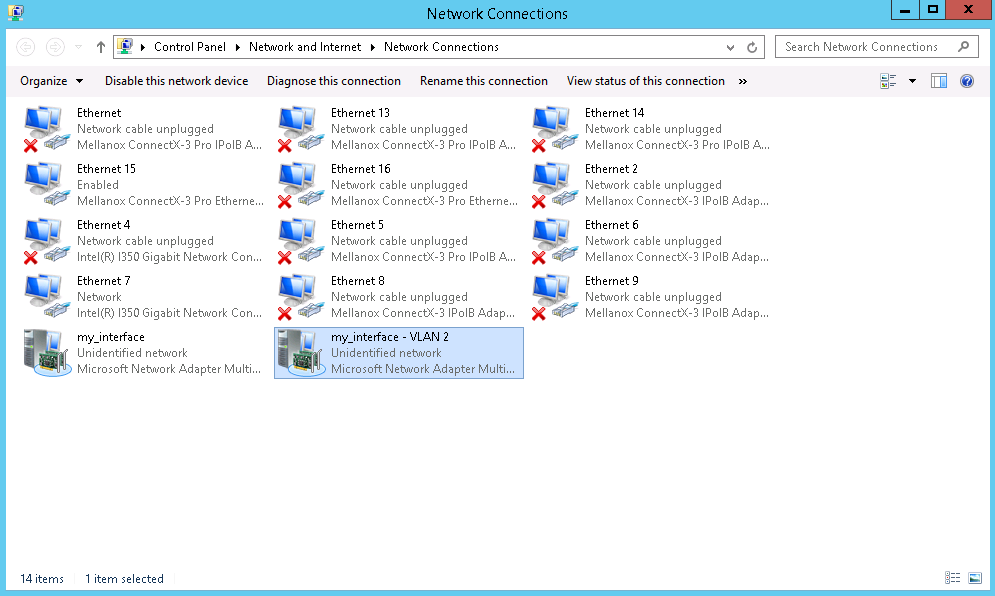 Let's say you created three VLAN interfaces (VLANs 1,2,3) on the teaming interface and add three IP addresses, here is what you should see on the Server Manager window: 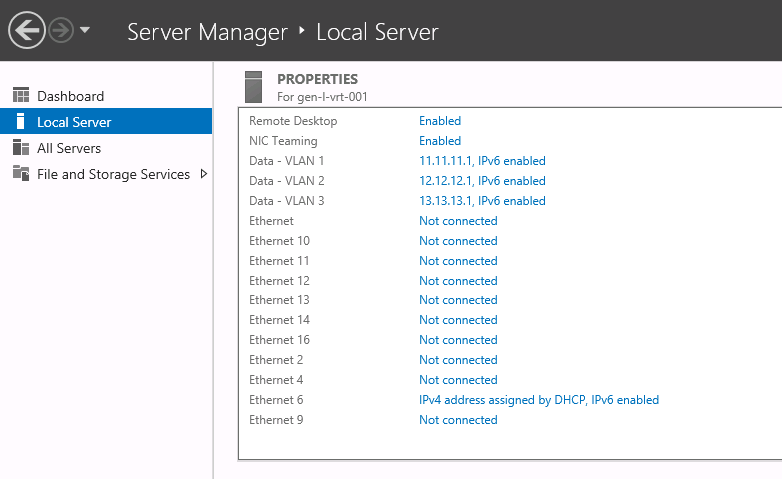 This is mandatory for all Ubuntu versions.

Keep in mind that you can only use physical interfaces as a base. Creating VLANs on virtual interfaces (i.e. eth0:1) will not work.

This command will add an additional interface next to the ones that have already been configured, so your existing configuration of eth1 will not be affected. Replace the information 'eth1' for your public interface.

To make this setup permanent and avoid losing your configurations when your server reboots, do this:

The VLAN section is at the same level of indent as the ethernet key. Both are contained within the network

This configuration is permanent, you don't need to do anything else.

Did this page help you?